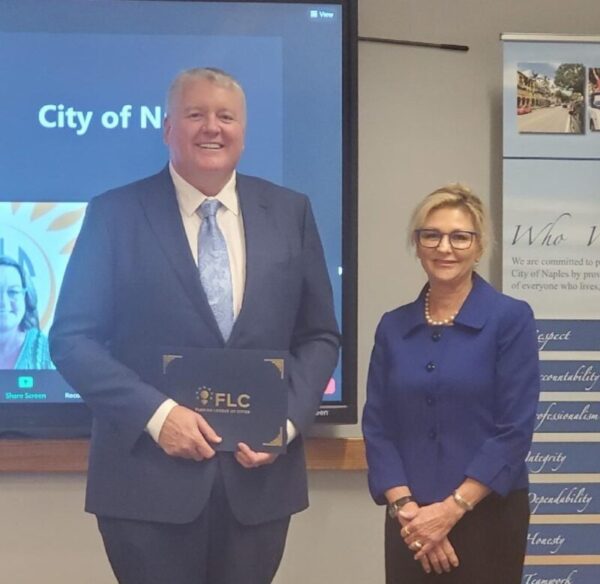 “These local officials went above and beyond during the 2021 Legislative Session,” said FLC Director of Legislative Affairs Casey Cook. “They made an extraordinary effort, were actively engaged and highly effective in their advocacy efforts. Even with all the various challenges present this year due to the pandemic, they stepped up. They engaged with legislators, shared their stories and made their voices heard, and it made a difference. On behalf of the League and its legislative team, it’s my sincere honor to recognize this year’s award recipients and thank them for their service.”

Home Rule is the ability for a city to address local problems with local solutions with minimal state interference. Home Rule Hero Award recipients are local government officials, both elected and nonelected, who consistently responded to the League’s request to reach out to members of the legislature and help give a local perspective on an issue.

“I am grateful to the Florida League of Cities for recognizing my service and honored to receive this award for the second time. Of course, “hero” may go a little far, but I’ve always greatly appreciated the hard work of our legislative delegation, staff, and elected officials, who are willing to stand-up for “home rule“, and ultimately lookout for our residents best interest.” ~ Gary Price

Gary B. Price Jr.: Gary is a Principal and Founder of Fifth Avenue Family Office in Naples, a Multi-family office focused on serving the needs of entrepreneurs and their families. Gary has been serving his clients and their families for 30 years. Gary’s public service for the past 20 years consecutively for the City of Naples started in 2001 when he was appointed to the Planning Advisory Board. He was appointed to a seat on the Naples City Council in September 2005; then elected to the same office in February 2006, 2010, and now for third term in 2018. Gary served as the Chairman of the Naples Pension Board for eight years. Gary has also served on many charitable boards including The Ronald McDonald House of Southwest Florida, the Boys and Girls Club of Naples, United Way, and the Naples Art Association. In January 2013, the Governor and Cabinet of the State of Florida appointed Gary to the State Board of PLGAC , where he served for four years. He is a Leadership Florida Class XXXII Alumni. He attended Ohio State University where he earned a BSBA in Real Estate and Urban Analysis. Gary completed the exclusive Program on Negotiation at Harvard Law School. For the past 15 years, he has maintained his qualifications as an instrument rated pilot. Gary has been married to his wife Kim for 30 years and they have two children.

Founded in 1922, the Florida League of Cities is the united voice for Florida’s municipal governments. Its goals are to promote local self-government and serve the needs of Florida’s cities, which are formed and governed by their citizens. The League believes in “Local Voices Making Local Choices,” which focuses on the impact citizens and city leaders have in improving Florida’s communities. For more information, visit flcities.com.

Delivering the highest level of client service, we empower you to live your life, love your family and leave your legacy.