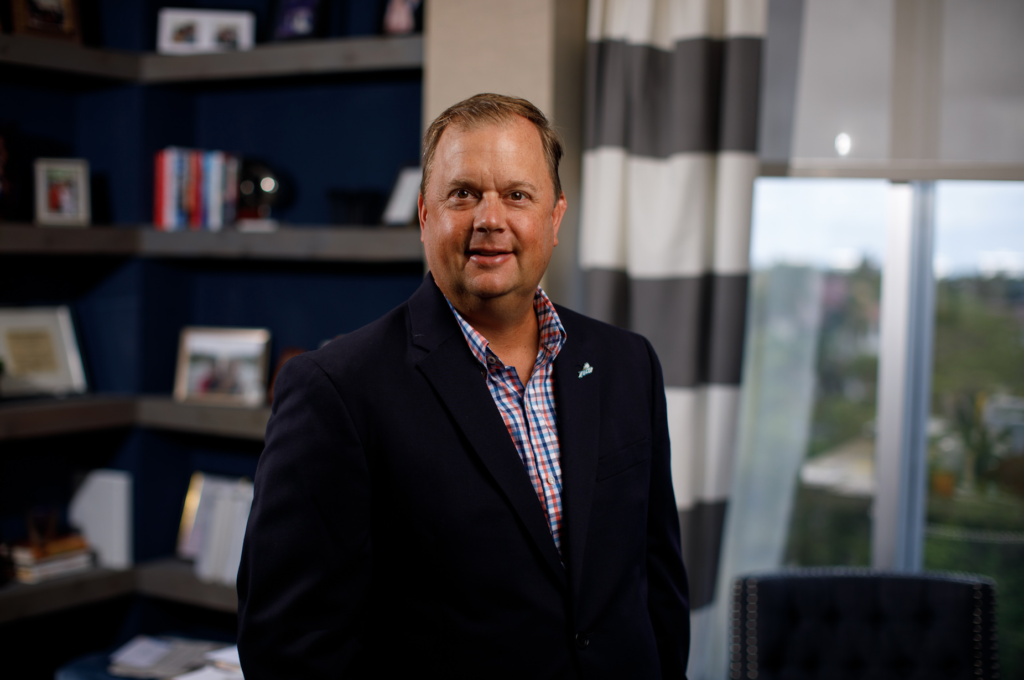 Timothy Cartwright will tell you straight out that he was fired nine months into the job for which he moved to Naples. He had been moving at full speed, launching successful startups, navigating the dot-com boom and bust, and refocusing a publishing company he owned with a partner started, switching from covering the cattle industry to biofuels before joining a boutique mergers and acquisitions firm in Naples.

And that’s when Cartwright stalled out.

He was driving through Kentucky, coming back from a family vacation in Michigan when he received the phone call. He need not report to work that Monday, he was told, due to
an “unauthorized vacation” and “poor performance,” both of which he politely disputes to this day.

“So, the lesson learned was, that no matter how embarrassing it is to get fired, it was not a failure to be fired but a blessing that allowed me to start my own M&A consultancy to practice business under my own set of ethics and values,” he says.

Cartwright, now a partner in Fifth Avenue Family Office—formerly Fifth Avenue Advisors—had moved to Southwest Florida in 2003 from Illinois, after a short stop living in Miami. After his “successful failure,” he started his own mergers and acquisitions firm called Compass Advisory Group, and soon joined the Gulf Coast Venture Forum as a way to network with entrepreneurs and investors, he said. He soon was appointed membership chairman. Then top officers left for other opportunities. “After a bunch of battlefield promotions, I ended up chairman of the organization,” he says.

That wouldn’t have happened if he hadn’t been fired. “I believe that God has uniquely skilled every single person with gifts and talents. And it’s a process of finding your purpose in life, and it’s sometimes messy and difficult. I think when you look back you find out how uniquely prepared you are for the situation you’re in based on those trials and struggles,” he says.

Cartwright was convinced that a change from venture capital to angel fund was the right path, and in 2010, after two years of groundwork, he launched the
Tamiami Florida Angel Fund.

That fund gave rise to two more, and collectively, about 120 investors in those funds have examined hundreds of business plans and heard just as many pitches, investing in the most promising. Its golden child today is the innovative shoulder surgery device by Catalyst OrthoScience Inc. (please see related story here), which it backed three years ago. The local company went on to land $12.7 million in venture capital.

Angel investors have to be prepared for the fact that not all of their investment decisions will be successful, so Cartwright’s experience as a phoenix likely soothes some nerves.

When he talks about careers, investment and startups, it’s easy hear echoes of sports psychology, resilience research and the benefits of failure. Not surprisingly, he has been involved in coaching sports teams, including girls’ softball and boys’ and girls’ soccer.

“To use a sports analogy, the hardest thing to do with a team is fight being overconfident. How do they become overconfident? They win all the time and then they don’t feel they have to work on the fundamental skills or practice.

“When you lose, people have exposed your weaknesses,” and that’s where your work resumes. “It’s a great application to life.”

The first is financial. The second is psychic income, he said, “or things not related to the actual exchange of money.” It could be a desire to give back to the community or to young entrepreneurs, and maybe to provide some coaching or mentorship.

Sometimes people want to be aware of latest and coolest and newest technologies and how they are applied, Cartwright says. “People who are angel investors say ‘I really like the challenge of business. I like solving problems. Helping a business grow.’”

Delivering the highest level of client service, we empower you to live your life, love your family and leave your legacy.